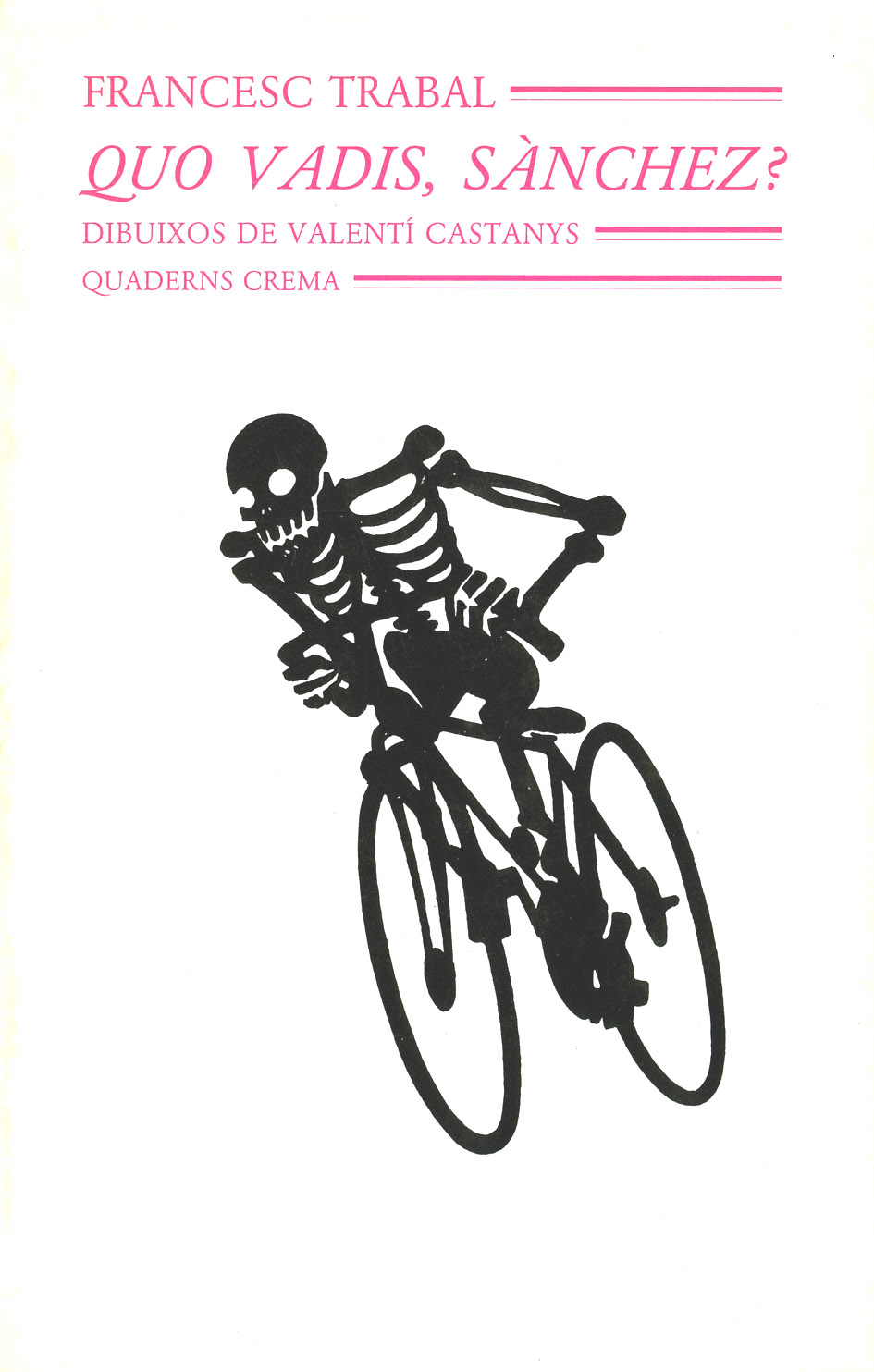 “The entire work depends on parody: parody of the educational side of sport, on the one hand; on the other, parody of preoccupation (which modern pedagogy attempts to systematise) with the search for a vocation. All in all, the story of poor Sànchez is a kind of Wilhlem Meister treated with a grotesque tone of satirical buffoonery. It follows the years of apprenticeship of an unhappy man, seen through a prism of fine irony, that end up with the surprise of a totally unexpected vocation. The ending is a sort of apotheosis of a grotesque vision of human life in the deepest regions of insignificance and vulgarity… Beneath an outward appearance that seems modest and unpretentious, Francesc Trabal’s work is one of the most notable humoristic visions of aspects of modern life to have appeared in Catalan literature” (M. de Montoliu, La Veu de Catalunya, 5 abril 1932).

“One of the most cosmopolitan luxuries we have enjoyed in the last century.”
Quim Monzó

“Like the great conjurors, Trabal throws a boy, a girl, a weighty book, a safe, a transatlantic liner, a cigarette case, a feminist’s smile, and a criminal’s false teeth into a top hat. Then he mixes it all together as his audience watches. Out come streams of clear, colourful, elastic prose, the silken ribbons of every colour that great magicians can make fly through the air.”
Josep Maria de Sagarra

“There are so many good things one can say about Trabal! The freedom with which he invents impossible scenes that he mixes with reality, like in the novels of Boris Vian and Jean Echenoz... Don’t ever get tired of rereading him. With a writer like Trabal, one always finds new things, some of which are prodigiously heralded ahead of their times.”
Julià Guillamón, La Vanguardia

Discover other books from Francesc Trabal