The Blind Man in the Window: Monotonies 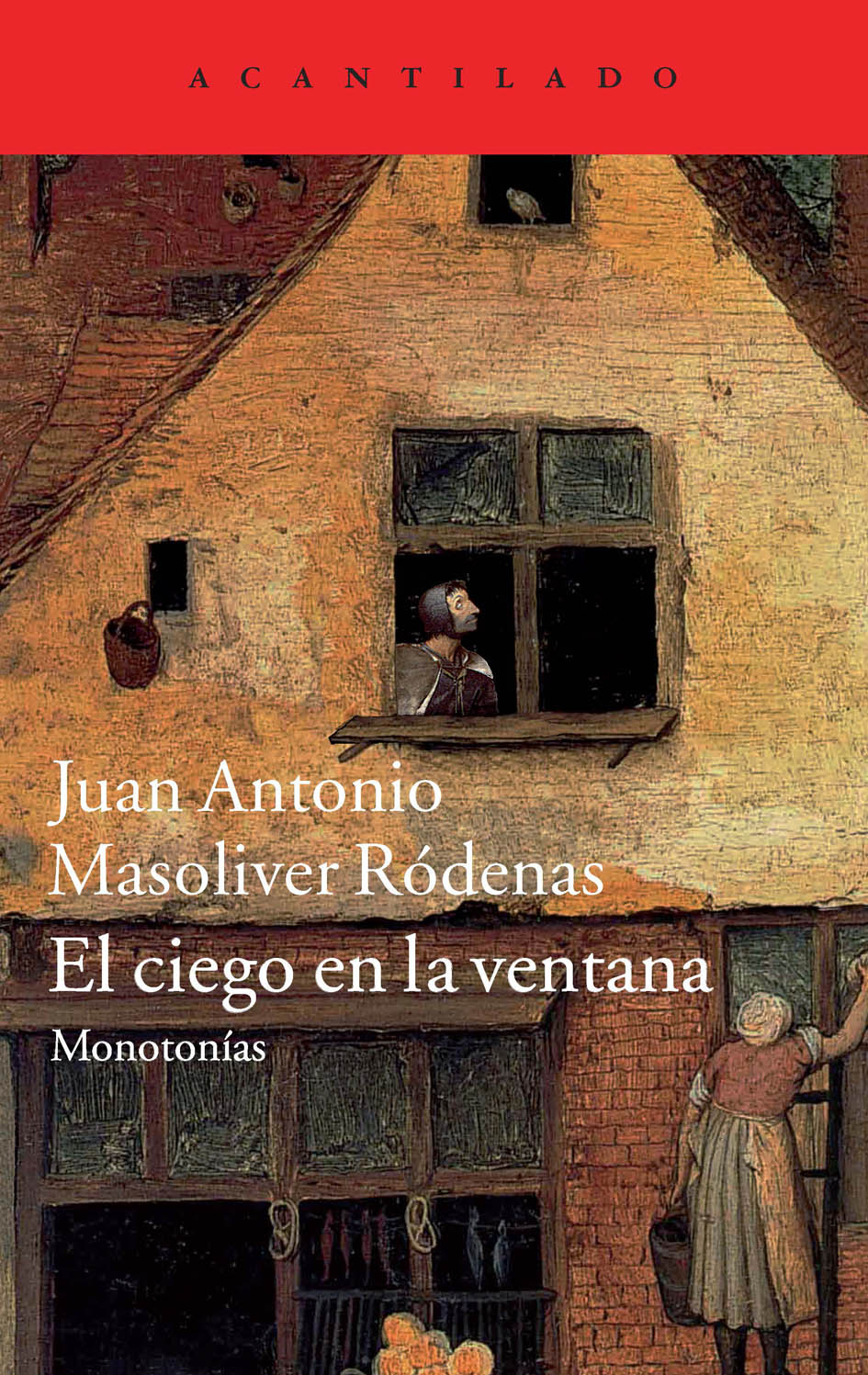 Juan Antonio Masoliver Ródenas writes that nostalgia is an illusion that it is necessary to fight against, because it takes hold of and idealises a past that most probably never existed and keeps on requiring us constantly to give it form. The Blindman in the Window is exactly that: a searing reconstruction of the author’s memory. The blindman’s discourse is not developed in the form of a narrative, but in a flood of vivid images, some of them remembered, others imagined, with scenes that are horrifying because of the lucidity of the character who seems to be talking to us from beyond death, installed in the idleness of a dimension in which time does not exist. Masoliver Ródenas cries out at acquaintances and enemies, to loves that have not been requited and to others that have found a response, all part of this book, which is, in addition, an acceptance of the passage of time and of the approach to the end of the journey.

«The Blindman in the Window is a veritable whirlwind. On every page, an explosion of genius, disparate, strange, blindingly bright, but always touched with genius. Brilliant up to the very last word».
Fernando R. Lafuente, ABC

«Monotonies: what a good find to give a name to nonsense and paradox, to combat logic and to sweep out the chimneys of ideas».
Joana Bonet, La Vanguardia

«A protean, multi-genre, extremely personal book, with the heart-rending testimonies of its present experiences and the memory, become literature, of the recollections of the past. The Blindman in the Window is a text that is reflexive and confessional, ingenious and free, generated like an intimate exudation in which life and literature mix and become confused on every page».
Ángel Basanta, El Mundo

«In literary circles it produces envy, good envy – even though we know perfectly well that there is no such thing as good envy – by virtue of its intelligence and independence. And, amongst its readers, it produces astonishment because of the way it brings together and combines different qualities – freshness, humour, density – that are not at all usual in our language».
José María Espinasa, La Jornada, El Semanal

«Whoever speaks to us – be it the narrator, philosopher or editor – may be identical with the author himself or resemble him a little (sometimes by way of parody), or else, on the contrary, someone who is very far removed from the spirit of the author. However, the book never loses coherence. That is one of its strong points. The author touches on all kinds of things, any question becomes the object of his mockery, indifference or praise».
Lluís Satorras, El País