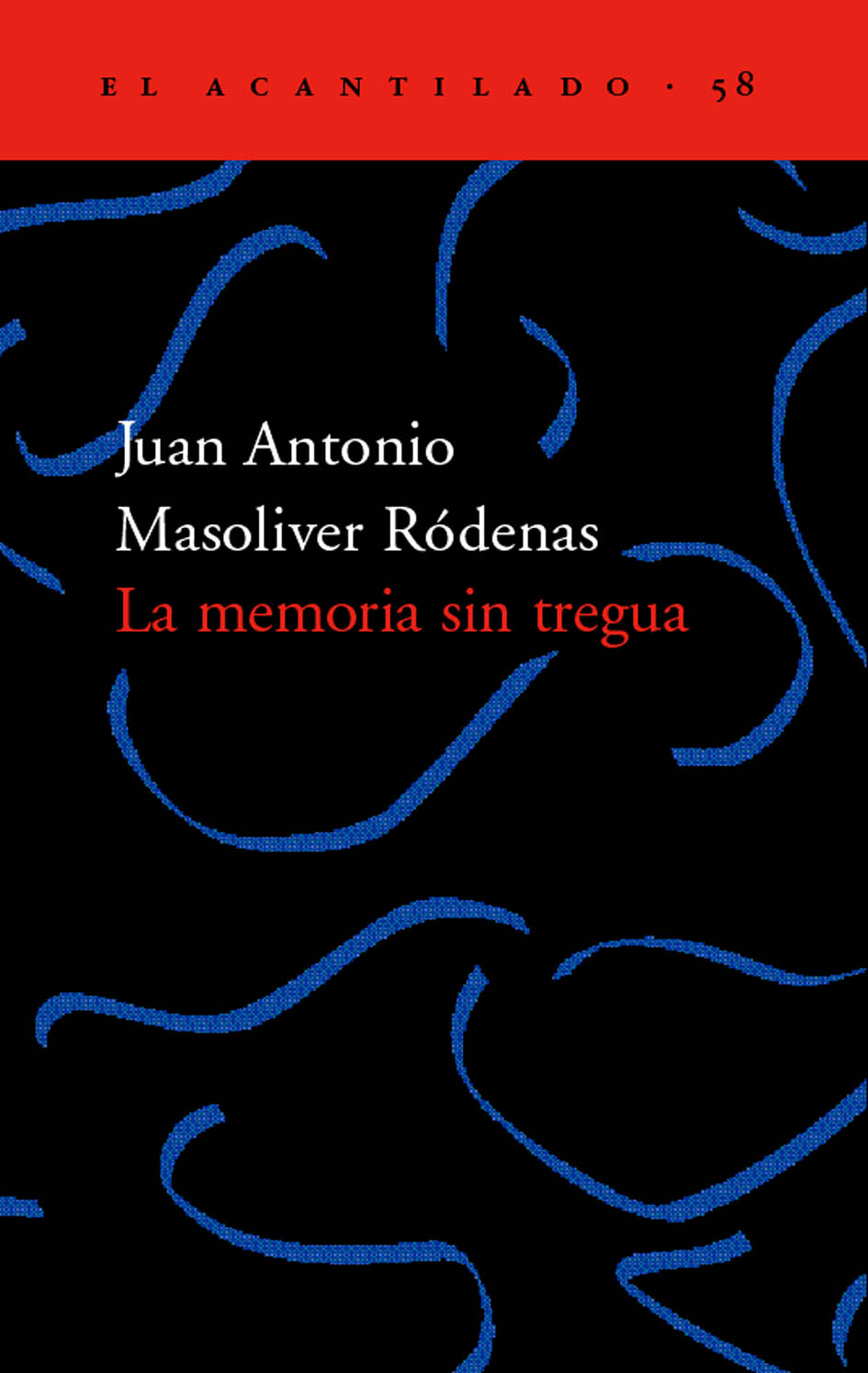 The title of this new book of poems by Masoliver, Relentless Memory, is also the basis on which the author has built all his previous work, and upon which lies one of his most special characteristics: poetic writing as the rewriting of memory. That is why the word, in its dual erotic drive of life and of death, runs throughout this harsh book – the most disheartened and perhaps also the most serene of them all, in which memory contains the lacerating intensity of the present, with the endless splendour of the image. Masoliver emerges from this new instalment of his work as one of the most singular and transcendental voices in contemporary Spanish poetry.

«His writing comes charged with dense vitality and expressive force, with a significant and in no way chaste emotional coherence, but above all it is the demonstration of a world that is open, of a moral and literary freedom to which the reader has no choice but to measure himself, with equal intelligence, against the intelligence revealed by the theme».
Antonio Ortega, El País

«A topography in ruins in which the word, moved by memory, invites us into an enigmatic space, life, that is organised in terms of static forms and images that appear to be disconnected».
Santiago Martínez, La Vanguardia