On the Tightrope of Eternity 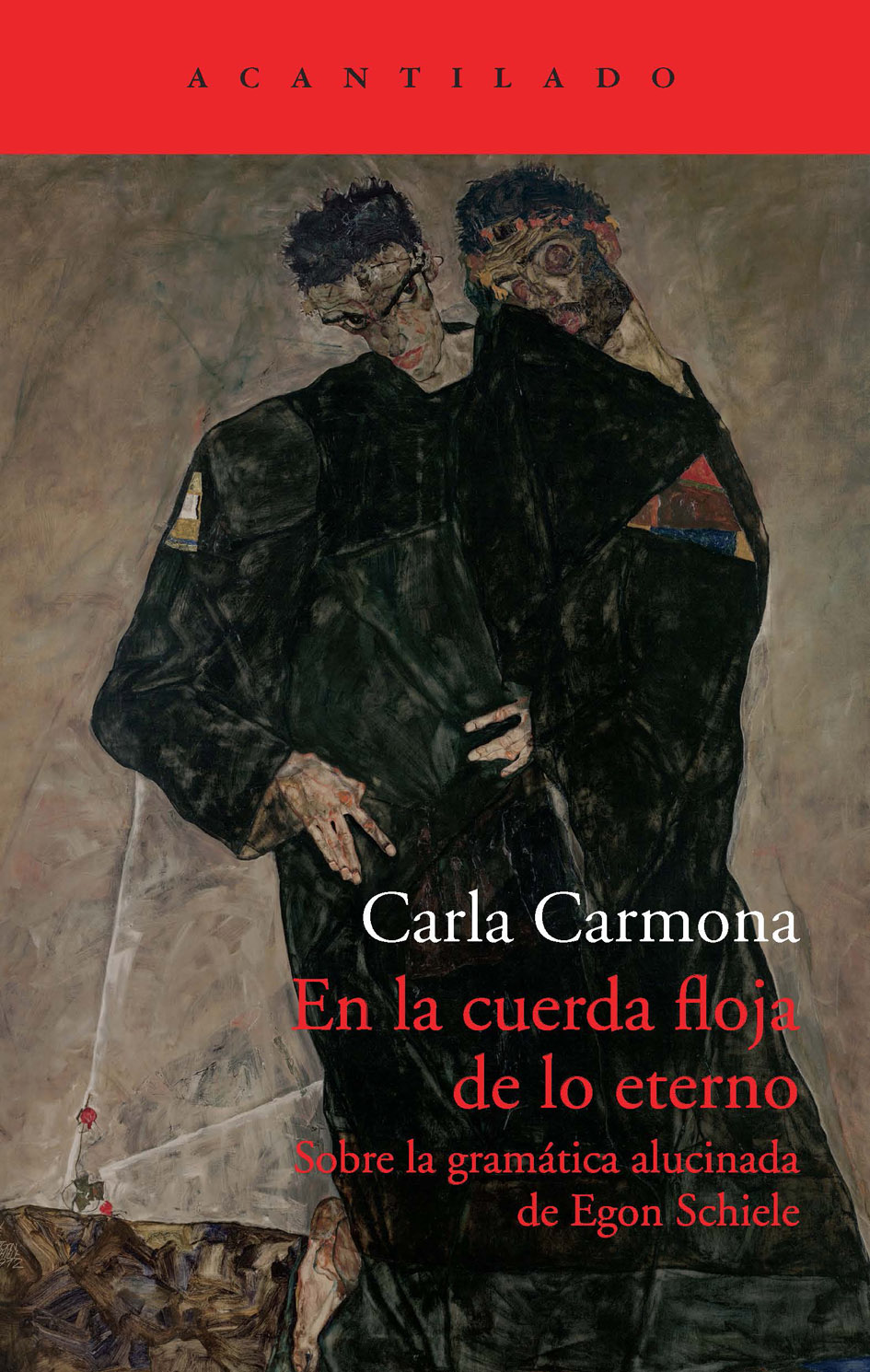 In this suggestive essay, Carla Carmona seeks to reflect the world view of the painter Egon Schiele, pointing out the relationship between his work and that of several of his contemporaries, in particular Wittgenstein and Trakl. At the same time, she attempts to clarify his grammar, in the sense that the artist was involved in the crisis of language that was characteristic of Vienna at the end of the 19th century, an aspect that has generally been neglected when he has so often been assigned too unthinkingly to the expressionist movement. An illuminating book on a fundamental moment in contemporary European culture.

«A dazzling essay. Reliable and direct. Carmona knows what she wants to say, and she says it. There are no trimmings to spoil the transparency of this exceptional talent, distant and at the same time extremely close, with its limpid and fulgent language. The proximity of this book to a very special, strange intellectual adventure is a veritable joy».
Isidoro Reguera, El País

«The text presents a highly seductive mural for the reader who wishes to get close up to those little wells of light that were the lives of those who lived in Vienna at the end of the century. A dialogue between Schiele and Wittgenstein, between Schiele and Trakl, between Schiele and silence… The author of this marvellous essay has managed to condense things that are dense and difficult, nearly ineffable, into a poetic and philosophical text that is also full of vital, artistic, mythical adventures».
ABC

«This is, at one and the same time, an essay and a prose that is full of poetic tension, without either of them getting in the way of the other. This kind of undertaking is not new: one need only recall the immense collections of essays by Luis Cernuda and Octavio Paz, or Sollers and Blanchot, both of whom are closer to the imaginative world of this author. Even so, the trickiness of this treatise, as well as the ambitious examination of the Austrian painter, make this work an unusually exciting book».
Manuel Gregorio González, Diario de Sevilla