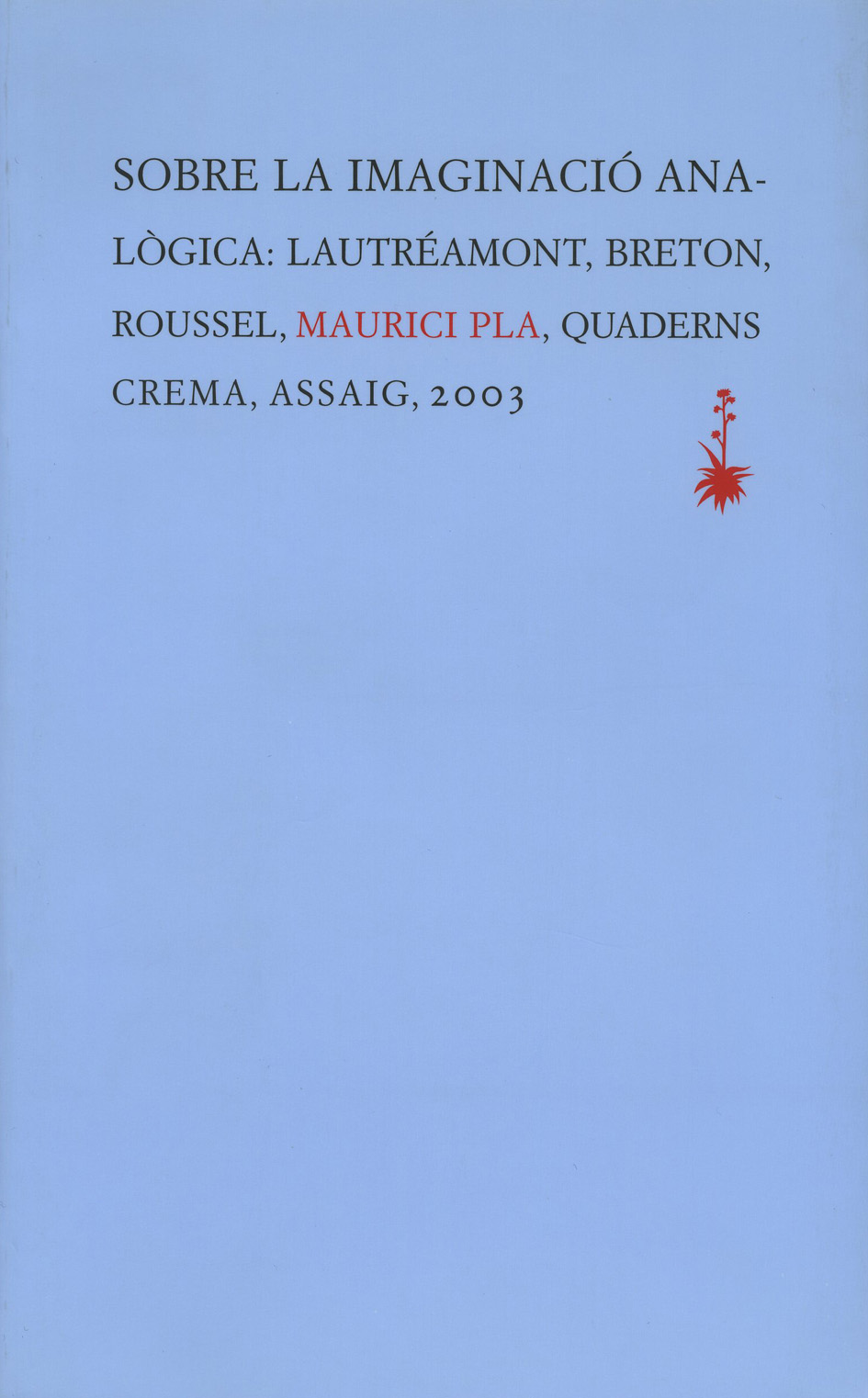 “A factory of metaphors, the foundation for a precarious science, indispensable for metaphysics, for rhetoric and for poetics, analogy runs across the history of the divers forms of thought. Its presence everywhere never disappears. Everything is peopled with analogies: dialogue, speeches, the developments of the logos, the moment when the logos itself disintegrates, or the instant when it recovers its consistency. All of that is true up to the point that perhaps we ought to be talking about an inherent analogical sense in human beings.” On the basis of a study of the poetics of Lautréamont, Breton and Roussel, as well as the analysis of analogy in all its varied forms, in this essay Maurici Pla develops a thesis of beginning: that the proportional constituent character of reality and the disproportion that is produced by poetic confrontation are the unquenchable sources from which emerges the ever-renewed practice of literary imagination.

«He analyses analogy, from every point of view, as one of the foundations from which there flows the practice of literary imagination in general, and of surrealist imagination, in particular».
Hora Nova

Discover other books from Maurici Pla