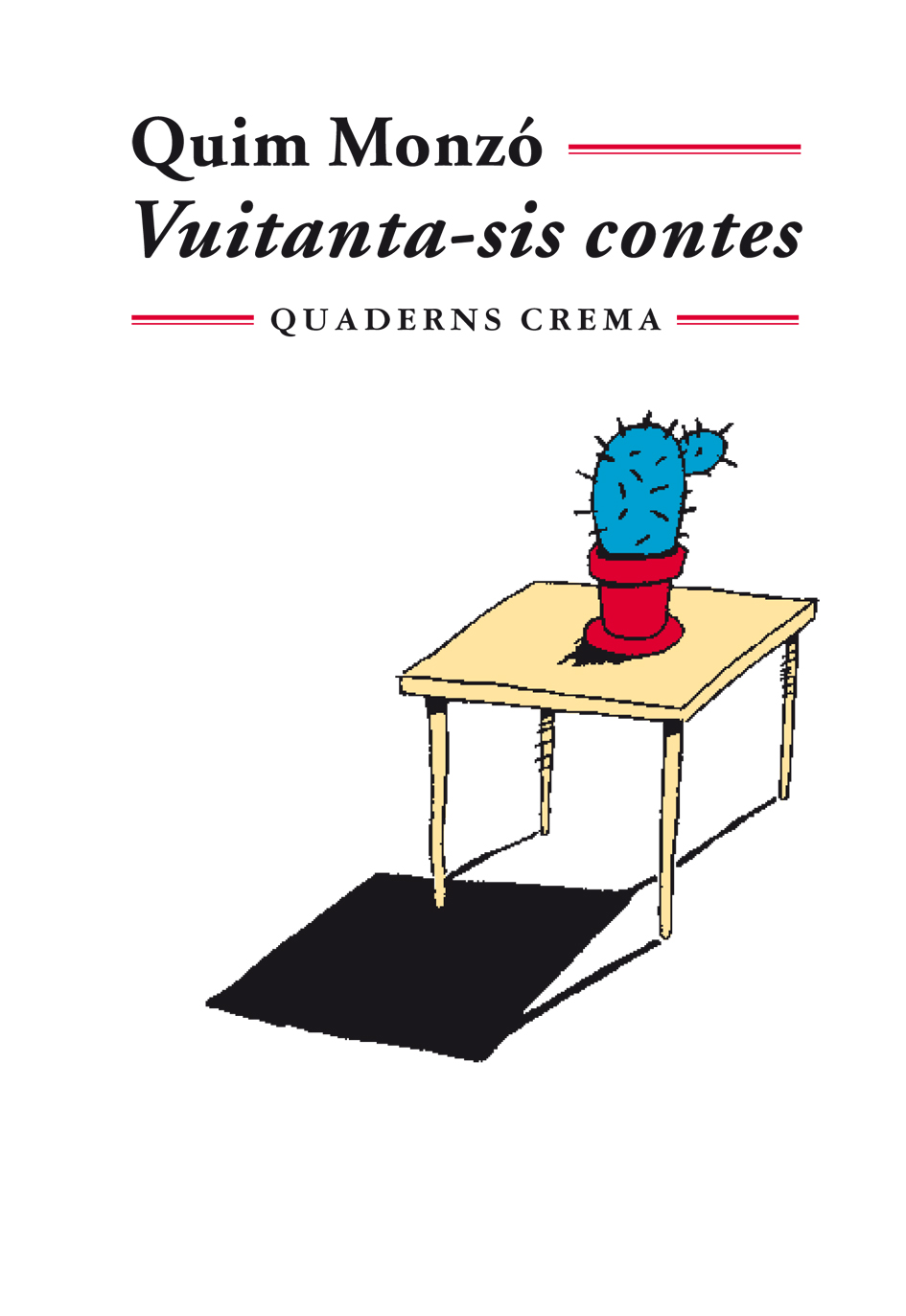 Quim Monzó has been translated into over a dozen languages. European critics link him to Kafka, Borges and Rabelais. His first book of short stories, Oof, He Said (1978), was regarded unanimously as a major contribution to the renovation of the local literary scene and the creation of a genuinely modern literary language. Then came Olivetti, Moulinex, Chaffoteaux et Maury and Maians Island. With every new volume, he has been able to increase the demands and the rigour he has applied to himself and has created an enormous and unusual popular interest, as in The Reason for Absolutely Everything (1993) and Guadalajara (1996). In the present book, Monzó presents all the stories he has published up to date in revised versions, applying to himself his usual stiff demands and rigour. Eighty-Six Stories is the result. The reader will be able to appreciate Monzó at his very best.

«Over twenty years ago, Quim Monzó changed the course of Catalan narrative. He has kept on doing so with every new volume he has published».
Javier Cercas

«Quim Monzó’s work has been a determining factor in the appearance on the scene of a writer with a novel profile that goes way beyond cultural militancy and aspires to literary quality».
Julià Guillamon, La Vanguardia

«In this collection readers will find the immense inventive capacity, the word-plays and the pungent and irreverent humour of one of the great writers of Catalan literature».
Ara

«This volume bears witness to the renewal that Monzó means for Catalan literature».
Regio 7

Discover other books from Quim Monzó