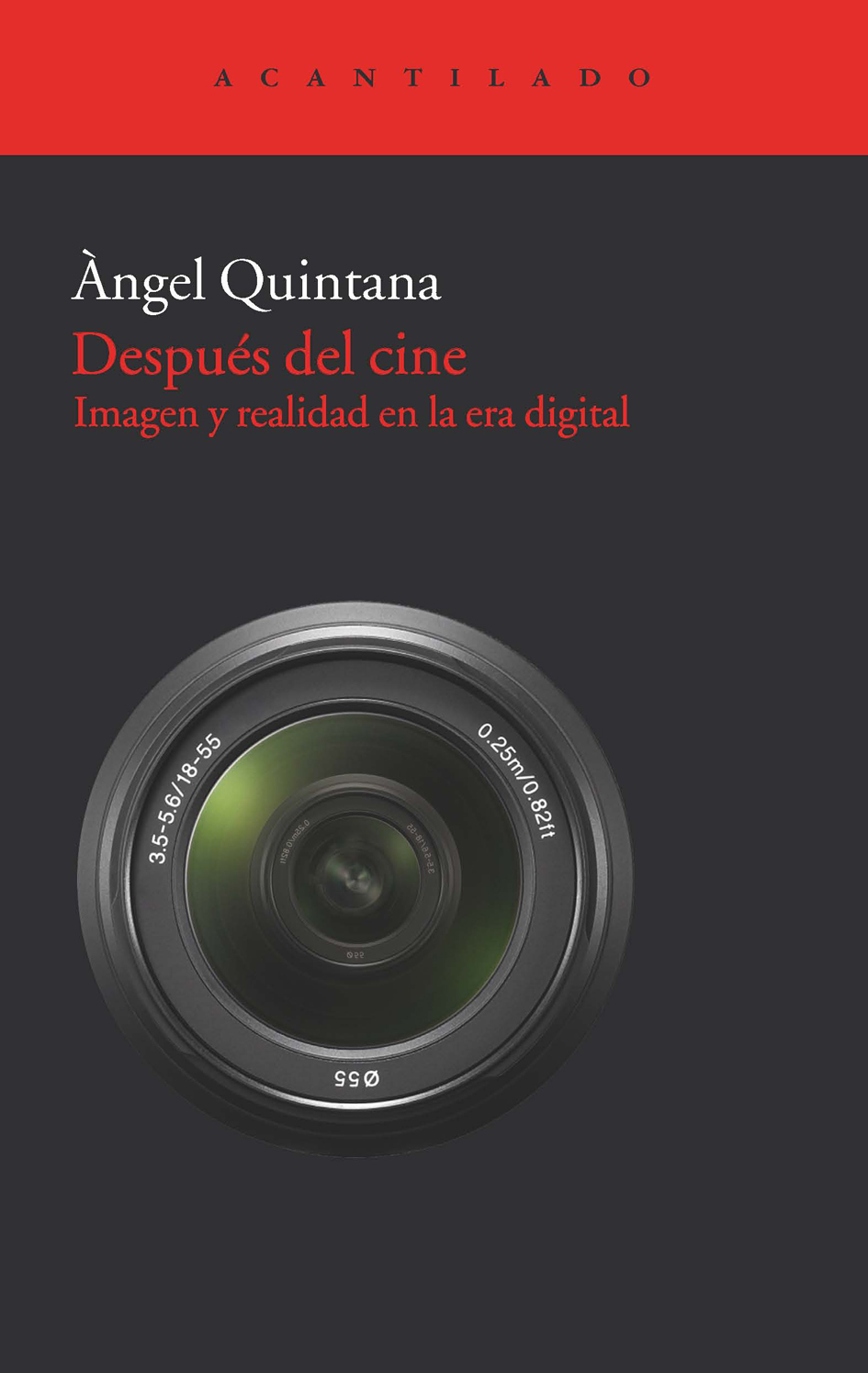 In 1995 the cinema celebrated its one hundred years. From that symbolic date on, a curious mutation took place. Many things changed: the production systems, ways of seeing, and also the support, which moved from celluloid to digital. After the Cinema is a reflection on this transformation, a transformation that is not just technological – the replacement of the photograph in movement by pixeled images – but also cultural, as the digitised image has redefined the relationship between image and reality in the contemporary world, that of Web 2.0. In the course of this book, several examples are discussed: Hollywood-style blockbusters that use images in 3D, digital texture, documentaries on the war in Irak filmed with low-definition cameras and shown on YouTube.

«Once again, his accessible erudition comes to the service of a complex discourse that is explained with clarity and in which technological changes appear, connected to social, political, artistic and commercial developments. It is this overarching capacity to deal with such changes in our ways of seeing and representing which distinguishes this essay from others that are corseted within a dated notion of the cinema or an uncritical view of the society on the screen that we live in».
Andrés Hispano, La Vanguardia

«A book that is destined to occupy a central place in cinema studies and on the most select shelves of volumes dedicated to explaining the aesthetics of the image. To work out the diversity, the directions, the symbiosis, the movements and the fugues of contemporary cinema and its place in the (new) world of the image is, thus, the main aim of this essay which avoids dogmatism and certainties in order to raise questions that open up new paths for reflection».
Manuel J. Lombardo, Diario de Sevilla

«A rigorous and readable approach to the current effervescent digital age, with all its transformations and convulsions».
Miguel Anxo Fernández, La Voz de Galicia

«The critic digs down to the radical change implied by the technical move from the photographic image to the digital bit. After talking about cinema, he deals with a fascinating paradox: just when everything seemed to be pointing to a monopoly of artifice, the digital revolution has reaffirmed, by way of contrast, the power of cinema (or post-cinema) to decipher reality».
Jordi Costa, El Punt Avui

«A diagnostic of the state of the question, now that it looks as if the digital revolution has ended up making its mark in the field».
Josep Lambies, Time Out

Discover other books from Angel Quintana